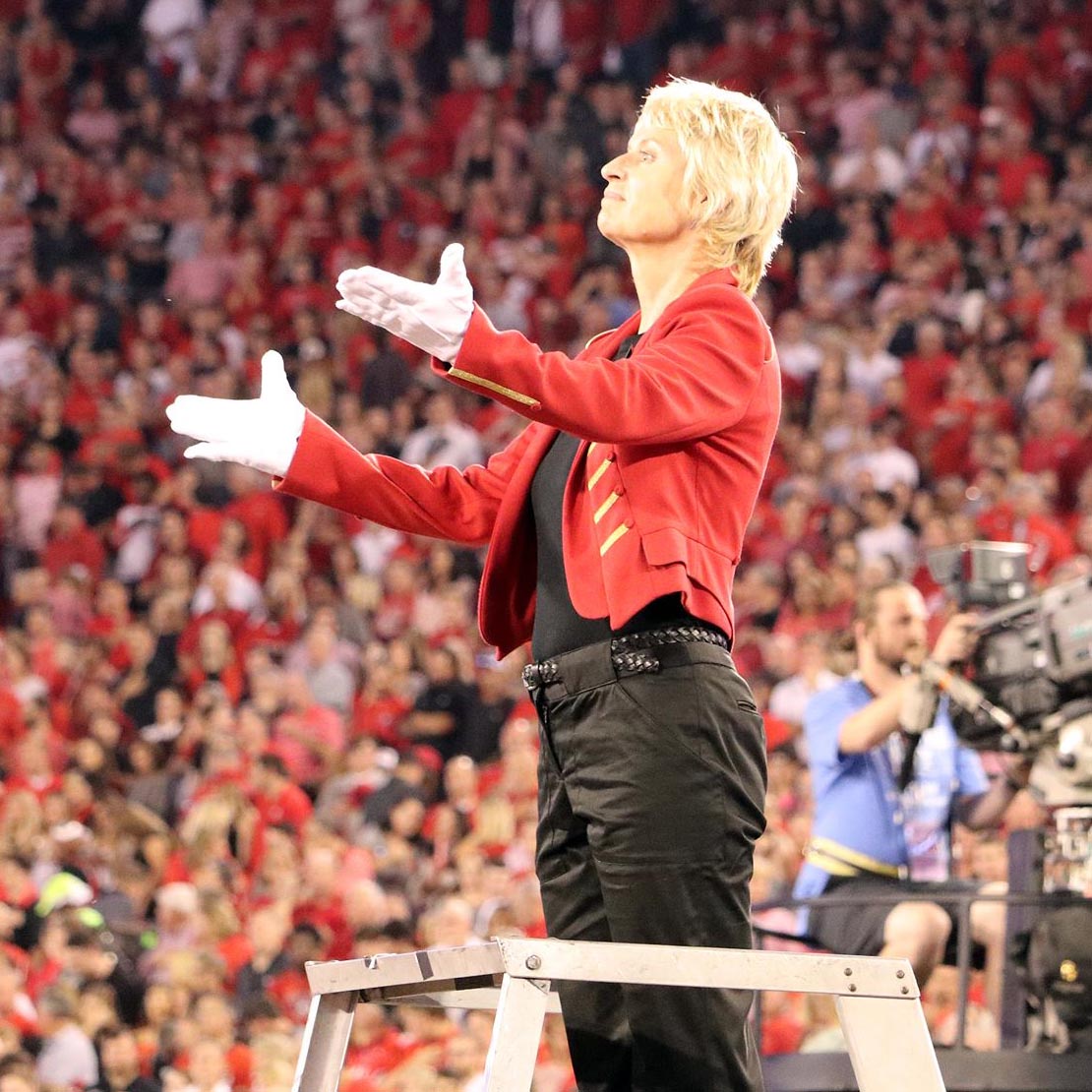 Cynthia Johnston Turner, dean of the Faculty of Music at Wilfrid Laurier University, was inducted into the American Bandmasters Association (ABA) during its conference March 2 to 6 in Indianapolis, Indiana.

The American Bandmasters Association recognizes the outstanding achievements of concert band conductors and composers. Johnston Turner joins the nearly 300 Canadian and American members whose talents have been recognized by the ABA.

“It is always heartening to be recognized in meaningful ways by your peers,” says Johnston Turner. “The American Bandmasters Association is an organization deeply rooted in tradition and excellence. I am excited to help enact its constitution and join conversations about broader access and inclusivity. The recognition is truly special to me as I join the ranks of some of my musical heroes and mentors.”

The American Bandmasters Association was founded in 1929 with assistance from Canadian composer and bandmaster Charles O’Neill (1882-1964) who, among other accomplishments, led the CBC Orchestra and served as the guest conductor at the coronation of King George VI in 1937.

Johnston Turner, a dual citizen of Canada and the United States, joined the Laurier community in July 2021. In her previous role, Johnston Turner served as the director of bands, artistic director of Contemporary Chamber Ensemble and professor of music at the Hugh Hodgson School of Music at the University of Georgia. She holds a Doctor of Musical Arts in Conducting from the Eastman School of Music in Rochester, NY and a Master of Education in Music Education from the University of Victoria, B.C.