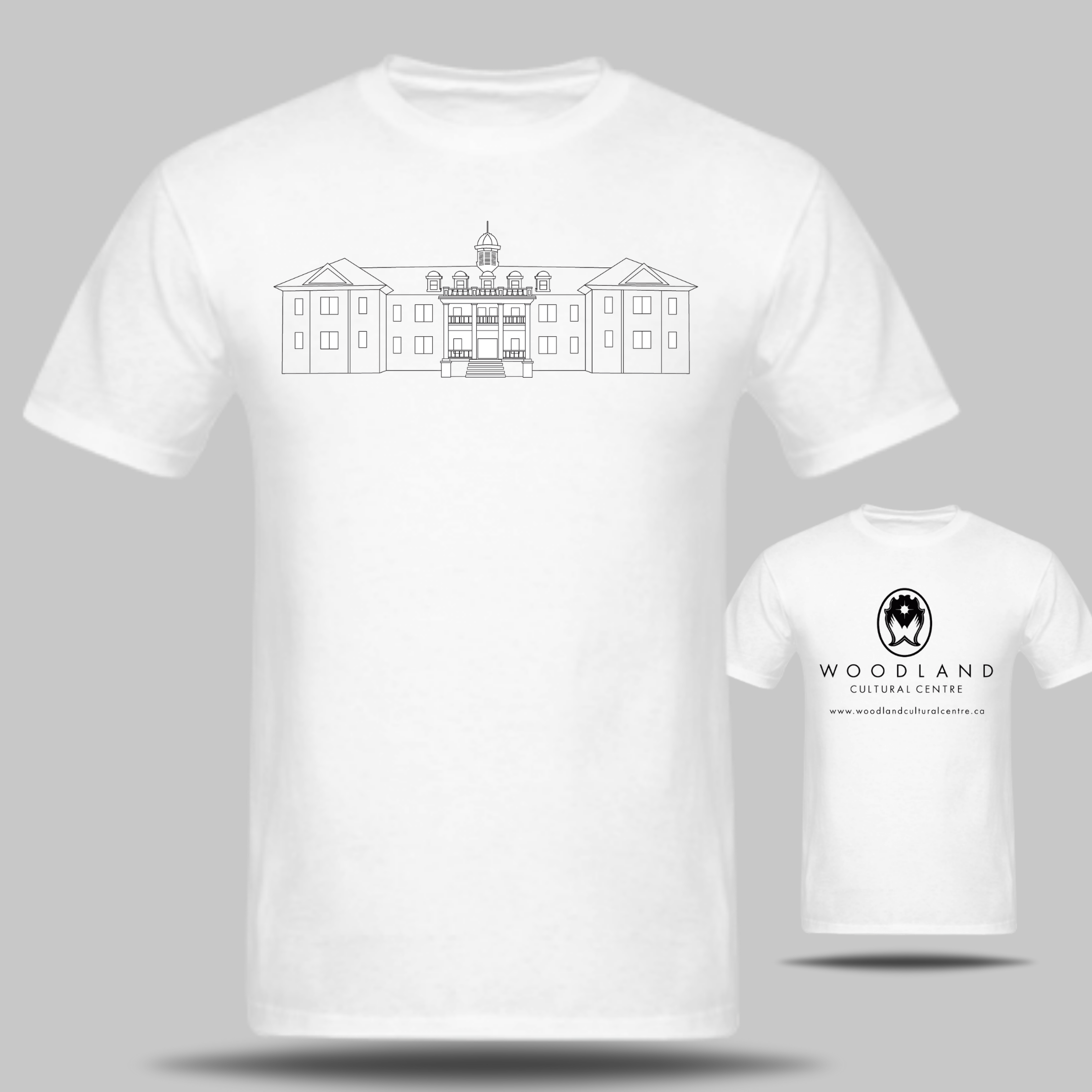 Members of the Wilfrid Laurier University community can show visible support for residential school survivors and reconciliation with Indigenous peoples by purchasing a shirt from the Woodland Cultural Centre in Brantford, with proceeds going toward the centre’s Save the Evidence campaign.

The Office of Indigenous Initiatives has placed an order of 500 Save the Evidence campaign T-shirts with the centre in recognition of Orange Shirt Day, which takes place Sept. 30. Due to a nation-wide shortage of orange shirts, those ordering will receive a white Save the Evidence campaign T-shirt. Shirts can be ordered online through Laurier’s Office of Indigenous Initiatives for a cost of $25 and will be available for pick up at the Brantford or Waterloo campus. There will be 500 shirts of various sizes available for purchase while supplies last and available for pick up between September 27 and 29. Details will be provided for pick up.

All proceeds will benefit the Save the Evidence campaign, which is raising funds for the restoration and renovation of the former Mohawk Institute Residential School – located on the Woodland Cultural Centre property in Brantford – into an interpretive heritage site designed to educate about Canada's residential school history.

Laurier’s campuses are located on the Haldimand Tract, traditional territory of the Neutral, Anishnabe and Haudenosaunee peoples. The land is part of the Dish with One Spoon Treaty between the Haudenosaunee and Anishnabe peoples and symbolizes the agreement to share and protect resources and not engage in conflict. The Haldimand Treaty of 1784 states the Haldimand Tract is “six miles deep” on either side of the Grand River from its source to mouth.

Orange Shirt Day is a nation-wide event that honours and commemorates the survivors of Canada’s residential school system and their families. The first Orange Shirt Day was held in 2013 at the former St. Joseph Residential School near Williams Lake, B.C., where survivor Phyllis Webstad told the story of her orange T-shirt. The shirt, which was a gift from her grandmother for the first day of school, was taken from Webstad when she arrived at St. Joseph’s in 1973.