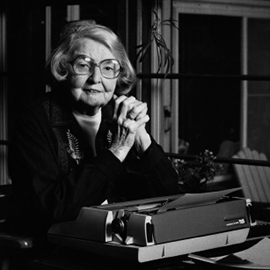 WATERLOO – Wilfrid Laurier University has named author Ann Hui the winner of its 2020 Edna Staebler Award for Creative Non-Fiction for her book Chop Suey Nation: The Legion Cafe and Other Stories from Canada’s Chinese Restaurants (Douglas & McIntyre). The 2020 award and 2021 awards were postponed due to the pandemic. Nominees for the 2021 and 2022 awards will be announced in the coming months.

In Chop Suey Nation, Hui traces the experiences of Chinese immigrants through the ubiquitous small-town restaurants that specialize in the style of cuisine that is readily identifiable to Canadians but would be unrecognizable to most diners in China. Speaking with entrepreneurs and cooks from across the country, Hui illustrates the racism and challenges they faced and the contributions they have made to their communities and to Canadian cuisine

This topic is personal for Hui, whose parents immigrated to British Columbia in the 1970s and operated a chop suey restaurant in Abbotsford before she was born. These interwoven narratives mix the personal and the cultural and tell an engaging story about family, food, and traditions.

“Chop Suey Nation is a fantastic example of the kind of high-calibre creative non-fiction that Canadian writers are creating today and it will appeal to a wide range of readers, as it’s part road trip, part food history and part family memoir,” said Bruce Gillespie, professor in Laurier’s Digital Media and Journalism program.

Gillespie is one of three judges for this year’s award. The other judges are Sharon Brown, the former Librarian at Wilfrid Laurier University, and Anne Russell, Professor Emerita in the Department of English and Film Studies.

In addition to Chop Suey Nation, the shortlist for the 2020 award included: We Have Always Been Here: A Queer Muslim Memoir, by Samra Habib (Penguin Random House Canada); and In the Valleys of the Noble Beyond: In Search of the Sasquatch, by John Zada (Greystone Books). Learn more about the other nominees.

ABOUT THE EDNA STAEBLER AWARD FOR CREATIVE NON-FICTION