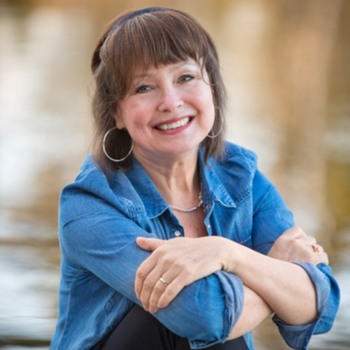 Morrissey is the award-winning author of six best-selling novels and a memoir whose work has been translated into multiple languages, including German, Swedish and Japanese. During her term as Edna Staebler Writer-in-Residence from Jan. 16 to March 24, 2023, Morrissey will work with students and faculty at Laurier’s Waterloo and Brantford campuses, visiting classes, working one-on-one with emerging writers, hosting workshops and giving guest lectures, beginning with her first public talk at the end of January, "Finding Away: A Journey of Self-Discovery."

“We are over the moon to welcome a novelist with the stellar national and international literary reputation that Donna Morrissey has forged,” said Tanis MacDonald, professor in the Department of English and Film Studies and chair of the Edna Staebler Writer-in-Residence committee. “Donna’s experience with a variety of genres, including children’s literature and memoir, as well as her best-selling novels, will be put to good use in guiding emerging writers at Laurier to greater heights.”

Morrissey’s first novel, Kit’s Law, won awards in Canada, the United States and England. Her second novel, Downhill Chance, won the Thomas Raddall Atlantic Fiction Award. The author’s Sylvanus Now trilogy, about a Newfoundland family fighting to stay afloat in the turbulent 21st century, has received broad critical acclaim. Its final volume, The Fortunate Brother, won the Arthur Ellis Award for Best Crime Novel in 2016. In addition, Morrissey’s memoir, Pluck, was reviewed by The Globe and Mail as a book that “pulls back the curtain on working-class life.” Her next novel, My Name is Roan Genge, is slated for publication in 2024.

Morrissey lives on the East Coast and will relocate to Waterloo Region for the duration of her residency. She has taught creative writing at Dalhousie University and the Humber School for Writers. During her residency at Laurier, Morrissey will also work at the intersection of memoir and fiction as she works to transform a series of family stories into a novel.

More details about Morrissey’s January public talk, "Finding Away: A Journey of Self-Discovery,” will be released in the coming weeks.