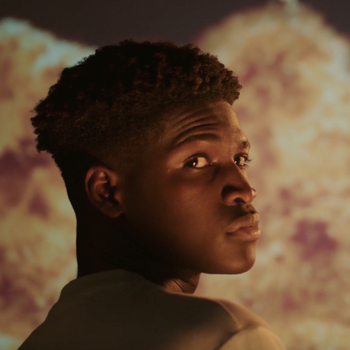 WATERLOO — A compilation of films produced by Wilfrid Laurier University faculty will take the international stage when it is featured at the United Nations COP27 Climate Change Conference in Egypt on Wednesday, Nov. 9.

Laurier Professor of Social Work Magnus Mfoafo-M’Carthy and English and Film Studies Instructor Mark Terry will present the films as co-producers at the summit. The films, collectively called The Ghana Youth Film Program, were supported by the Social Sciences and Humanities Research Council (SSHRC) and Laurier.

The project — led by Laurier’s Mfoafo-M’Carthy, Terry and Associate Professor of History Jeff Grischow — involved 12 Ghanaians aged 18-30 creating short films on the impacts of climate change to their communities.

"I was impressed with the skill and talent displayed by these young filmmakers,” said Terry. “Many stories address water issues, both droughts and floods, yet the filmmakers all presented them in a unique documentary style. I am proud to present these at the UN climate summit, COP27, in Egypt next week.”

The compilation of the films was premiered last month at a VIP screening in Ghana and it has been officially selected by three film festivals so far: the Docs Without Borders Film Festival (Delaware); the Emerging Artists Film Festival (Calgary); and the Sustainable Stories Film Festival (Houston). The feature-length compilation film won the award for Best Documentary Feature at the Calgary festival.

The films were added to the United Nations Framework Convention on Climate Change’s Youth Climate Report, a digital database of youth-made climate documentaries headed by Terry. On this platform, delegates and negotiators attending COP27 will use these films to inform their policy meetings.

A selection of the films will be presented by Mfoafo-M’Carthy and Terry at the COP27 Conference on Nov. 9 at 9:45 a.m. Eastern Standard Time (4:45 p.m. Eastern European Time).

A press conference announcing this event and presenting other climate change documentary short films made by Laurier students in Laurier’s Graduate Enhancement Program will take place in Egypt on Tuesday, Nov. 8 at 10:30 a.m. (EET).