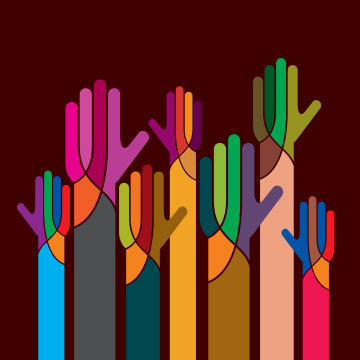 Waterloo – Black History Month is held annually in February in both Canada and the United States to celebrate and honour the legacy of Black Canadians and Americans.

Alexandra Boutros, associate professor in the Department of Communication Studies, is an expert on fan culture, popular culture, race and cultural production, and popular music, with a particular focus on hip-hop. Her research has focused on the intersection of media, technology and identity within religious, social and cultural movements. She has studied the Black diaspora, Haitian Vodou, Vodou in popular culture, ubiquitous computing and Afrofuturism, focusing on social networking arising out of images of Black technologized subjectivity. She has also created and taught a course on Drake. Contact: aboutros@wlu.ca

Carol Duncan is a professor in Laurier’s Department of Religion and Culture. She is an expert on the religion and culture of Caribbean immigrants to Canada since the Second World War and especially the role of Caribbean women in the development of Spiritual Baptist religion in Canada. Duncan is the author of This Spot of Ground: Spiritual Baptists in Toronto and co-author of Black Religious Studies: An Introduction. She co-edited The Black Church Studies Reader and Womanist and Black Feminist Responses to Tyler Perry’s Production and served as an academic consultant and on-screen commentator for the documentary Seeking Salvation: A History of the Black Church in Canada. Contact: cduncan@wlu.ca

Barrington Walker is Laurier’s associate vice-president of equity, diversity and inclusion and a professor in the Department of History. Walker is leading the creation of a university-wide EDI strategy and providing expertise, guidance, mentorship and support to faculty and staff working toward EDI-related goals. Walker has written about and taught Black Canadian history, race, law and immigration; Canadian social history; African-American history, especially in the American South; and relations between Indigenous and non-Indigenous peoples in North America. He has written one book, Race on Trial: Black Defendants in Ontario’s Criminal Courts, 1858-1958, and edited two others, History of Immigration and Racism in Canada: Essential Readings and The African Canadian Legal Odyssey: Historical Essays. He holds a doctorate in history from the University of Toronto. To set up an interview with Barrington Walker, please reach out to Claire Bruner-Prime, communications and media relations officer, at cprime@wlu.ca.

Dana Elizabeth Weiner, associate professor in Laurier’s Department of History, is an expert on race and rights in 19th century United States. Weiner specializes in African American rights and activism in the Midwest and West, as well as the anti-slavery movement. She teaches about slavery, the U.S. Civil War and its aftermath, and rights movements. Her current research is in African American citizenship activism and efforts to remove racist laws in California during the 19th century. Contact: dweiner@wlu.ca

Ciann L. Wilson, associate professor in Laurier’s Department of Psychology, nests her work within critical race and anti-colonial theories, to name a few. Wilson engages in community-based health research with Black, Indigenous, and racialized communities around topics such as education, sexual and reproductive health, mental health, social determinants and wellbeing. Last year, Wilson was honoured with the Ontario Confederation of University Faculty Associations’ Status of Women and Equity Award of Distinction for her dedication to community transformation and racial justice. Since 2020, she has been a member of the Region of Waterloo’s Anti-Racism Working Group. Read more about her work. Contact: ciwilson@wlu.ca

Ann Marie Beals is a PhD student in the Community Psychology program who is studying the experiences of mixed Indigenous-Black communities in Canada and ways to integrate those experiences into high school curricula. For the Proclaiming Our Roots project, led by Assistant Professor Ciann Wilson, they helped gather and share Indigenous-Black people’s stories in arts-based forms, such as digital storytelling. Beals is available to speak about Black and Indigenous-Black histories in Canada. Read more about their research. Contact: beal0950@mylaurier.ca