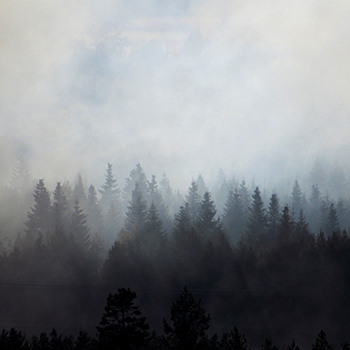 WATERLOO – Northern Canada is experiencing climate change at several times the rate seen in other regions. The North is the frontline for severe impacts, urgent mitigation efforts and scientific innovation – all significantly under-reported.

Wilfrid Laurier University and Cabin Radio are excited to announce the creation of the Wilfrid Laurier University Climate Change Journalism Fellowship, which will facilitate reporting of these important issues. This 18-month fellowship will introduce independent and comprehensive reporting of climate science, government approaches, Indigenous experiences and guardianship efforts, as well as the impact of climate change on the peoples and communities of Northern Canada.

Based in Yellowknife at Cabin Radio, a leading northern newsroom, the position will be fully funded by Laurier while operating independently from the university. The fellowship includes funding for travel to communities most affected by climate change and all reporting produced by the journalism fellow will be made freely available for any media outlet to republish under a Creative Commons licence.

Cabin Radio and Laurier are proud to introduce a journalism funding model that demonstrates a new means of supporting robust reporting and investing in the North.

“The strength of our connection with our audience makes incisive, informative and educational reporting about climate change extremely important,” said Ollie Williams, Cabin Radio editor. “Climate science and its applications in the North are huge subjects. Climate science reporting that’s accurate, compelling and readily understood takes time, resources and skill. We are grateful to Wilfrid Laurier University for its significant and innovative investment in science-based journalism that makes a difference.”

“Climate change is among the most pressing issues facing Canadians and nowhere more so than in the North, which is a major focus for Laurier researchers,” said Jonathan Newman, vice-president: research at Laurier. “Effective adaptation and mitigation of climate change impacts require knowledge. This fellowship will put crucial knowledge into the hands of those who need it most.”

Augmenting the fellowship’s creation, Cabin Radio will incorporate climate science into journalism workshops with Northwest Territories youth and explore collaborations with academic programs at Laurier, such as Digital Media and Journalism.

Wilfrid Laurier University is committed to academic excellence. Community is at the heart of all we do. As a community of researchers, leaders and educators, Laurier builds knowledge that serves society and creates connections that have a lasting impact. Laurier has deep connections to the Northwest Territories and maintains a research office in Yellowknife. Find out more.