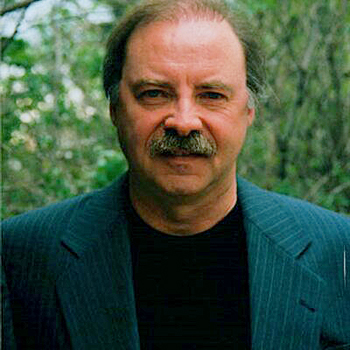 Waterloo – The C.P. Stacey Award Committee and the Laurier Centre for Military Strategic and Disarmament Studies have awarded Bob Bergen, an adjunct assistant professor at the Centre for Military and Strategic Studies at the University of Calgary with the 2019 C.P. Stacey Award for scholarly work in Canadian military history. The award’s announcement was delayed because of the pandemic.

Scattering Chaff: Canadian Air Power and Censorship during the Kosovo War (University of Calgary Press) makes an enormous contribution, providing innovative military and political insights, by meticulously unearthing the virtually unknown story of Canada’s air war in Kosovo in 1999 and the attempts by the Department of National Defence public affairs teams to micro-manage the release of information about the war.

In conferring the award, the committee noted: “In this compelling academic exposé, Bergen convincingly shows the shocking degree of Canadian unpreparedness for the conflict and delivers a chilling account of how the CF-18 pilots’ lives were jeopardized due to mismanaged procurement policies for key weapons and avionics technology and because of insufficient training. He also links battlefront to home front in recounting the impact on families of their loved ones’ deployment into harm’s way.”

Bergen has previously published Censorship; the Canadian News Media and Afghanistan: A Historical Comparison with Case Studies (Centre for Military and Strategic Studies, University of Calgary).

“Bergen painstakingly obtained much of his impressive primary documentary evidence via the Access to Information Act, revealing how the government withheld important operational information from the Canadian public,” the committee went on to say. “Ultimately, this secrecy impeded public understanding of the Kosovo bombing campaign. Bergen conducted interviews with former aircrew to craft a story that is a major addition to our understanding of the air force’s combat operations in Kosovo, seating his readers right in the cockpit and revealing how decisions made in Ottawa harrowingly played out in the field. Scattering Chaff is a most notable and welcome addition to the field of 20th century Canadian military history.”

The award committee also announced one honorable mention for the 2019 C.P. Stacey Award: Carl Benn’s A Mohawk Memoir from the War of 1812 (University of Toronto Press). Edited, annotated and introduced by Benn, this memoir of Teyoninhokarawen (John Norton) not only reinforces the significant role of First Nations in the War of 1812, but also brilliantly contextualizes the conflict, highlighting Teyoninhokarawen’s determined efforts to preserve and secure Haudenosaunee rights to the lands of the Haldimand Tract.

The C.P. Stacey Award is named in honour of Charles Perry Stacey, a historical officer to the Canadian Army during the Second World War and later a longtime professor of history at the University of Toronto.

The C.P. Stacey Award is presented annually to the best book in the field of Canadian military history, broadly defined, including the study of war and society. The award winner receives a prize of $1,000, made possible through the generous support of John and Pattie Cleghorn and the Department of History at Wilfrid Laurier University. The Laurier Centre for Military Strategic and Disarmament Studies took over administration of the award in 2018 from the Canadian Committee for the History of the Second World War.

The 2019 award committee consisted of Kevin Spooner, associate professor of North American Studies and History at Laurier and director of the Laurier Centre for Military, Strategic and Disarmament Studies; Isabel Campbell, a historian at the Directorate of History and Heritage at the National Defence Headquarters in Ottawa; and Serge Durflinger, associate professor of history at the University of Ottawa. Awards are decided after the end of the year in which eligible books were published. To learn more, visit canadianmilitaryhistory.ca/stacey.