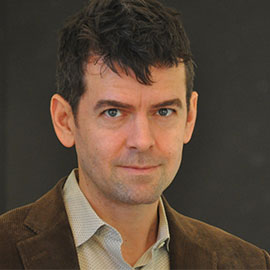 Online product reviews are often peppered with the author’s boasting, bragging and self-promotion. In fact, self-enhancement is known to be a prime motivator for those who post online reviews. But do reviewers’ boastful comments – claiming that they are experts, well-traveled, knowledgeable, and/or highly experienced – make their product reviews more or less persuasive? A new study in the Journal of Consumer Research shows it can go either way, but it depends on whether the reader’s trust is high or low.

“Prior research shows that people tend to perceive boasters negatively,” writes study author Grant Packard, assistant professor of marketing at the Lazaridis School of Business and Economics, with his co-authors Andrew Gershoff (University of Texas at Austin) and David Wooten (University of Michigan). However, when people boast, they may also be communicating important cues that indicate their skill, knowledge or authority to provide useful information.

The researchers theorized that when consumers are concerned about trust, they think more about why a reviewer is saying things that make themselves look good. When this happens, consumers are more likely to infer dubious or ulterior motives for the reviews, which makes reviews less persuasive. On the other hand, if consumers feel trustful, they are more likely to accept the boasts at face value and infer that the reviewers have relevant expertise, making them even more persuasive.

In another study, participants first read a news article about either a trustworthy or untrustworthy actor in a play. This priming tended to make them feel more or less trusting of people in general. They later came across a review about a bottle of wine that was written with or without boastful claims.

“We found that when people felt an overall sense of trust, they weren’t as careful in evaluating the reviewer’s credibility. As a result, they simply accepted the boasting as a sign that the reviewer really knew what he was talking about,” write the authors.

The authors conclude that consumers should process the claims of experience or expertise made by boastful sources of word-of-mouth information more carefully to avoid being overly influenced by them. This is especially true online given the Internet has its share of self-aggrandizing reviewers. Marketers may wish to reconsider whether they allow the sharing of demographic profiles for reviewers and whether to use third-party trust certifications to enhance the volume and quality of consumer social persuasion online.