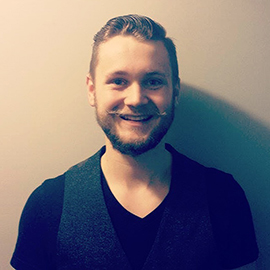 The KWCO’s competition accepted pieces from composers under the age of 30 requiring significant references to the number "30." For example, the compositions had to be 30 measures in length and scored for 30 players.

Michael submitted Bellerophon's Flight, an orchestral fanfare, which secured his win. In Greek mythology, Bellerophon was a hero that rode upon Pegasus and slayed the mighty Chimera. The main theme in the fanfare is majestic and soaring, and embodies Bellerophon's ride atop Pegasus as he was on his way to defeat the Chimera. The excitement shown in the brass echoes the hero's excitement and confidence as he approached his destiny.

Michael received $2,030 in scholarship money and will have Bellerophon's Flight performed by the KWCO on Feb. 8, 2015, at 3 p.m. at Knox Presbyterian Church in Waterloo.

Tickets can be purchased at www.ticketscene.ca.