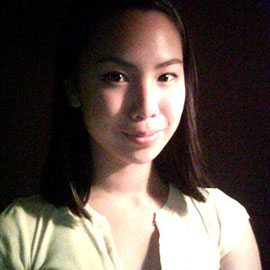 When NUMUS concerts launched their 2015-2016 season this past fall, it announced a new outreach initiative: a Student Curator Contest. The contest was open to postsecondary students interested in artistic direction, and invited them to submit their own concepts for a NUMUS concert. The winner would receive mentorship from NUMUS artistic director, Kathryn Ladano, financial and marketing support, and his or her concert would be presented as part of NUMUS’ MIX Music series, which focuses strongly on emerging artists.

Fung will present her winning concept at NUMUS’ “Emerging Curators” concert Sunday, April 10 at the Block3 Brewery in St. Jacobs at 7 p.m. Laurier students Maria Kouznetsova and Kenny Kwan were selected as the first and second runners up, respectively.

Fung is a fourth-year pianist at Laurier majoring in Music Education. She is particularly interested in using improvisation as a teaching tool in the classroom and has also found inspiration in combining different mediums of art. Her concert program will incorporate many of these interests. She has invited other current and former Laurier music students – harpist Grace Scheele, flutist Kasia Czarski-Jachimowicz, and cellist Alexis Castrogiovanni – to perform new compositions and improvise alongside poetry reading and live painting. At the end of the performance, a draw will be made where audience members can take home the unique artwork created during the performance.

The Student Curator Contest is the only one of its kind in Canada and NUMUS intends to make it an annual feature of its programming.

"There are currently so few opportunities for young artists to bring their ideas to life," said Ladano. "Students generally are not taught about artistic direction and it can be very difficult for them to self-produce concerts on a small budget and put the necessary time and energy into marketing as well. Our Student Curator Contest is a really important opportunity for young artists to turn their visions into reality, with the full support of NUMUS to back them."

Tickets for the concert are available in advance through Ticketscene and Encore Records, or at the door. Doors open at 6:30 p.m.