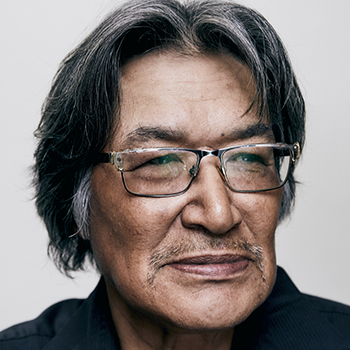 Twenty years ago this fall saw the release of Atanarjuat, The Fast Runner, the first-ever feature fiction film in Inuktitut, written, directed, produced and performed by an Inuit cast and crew.

Laurier’s Department of English and Film Studies, in partnership with Brock University’s Posthumanism Research Institute, has invited some of the key members of the team behind the award-winning film, along with an international panel of scholars, to a roundtable in celebration of the film’s anniversary.

The roundtable will be held Oct. 6 from 6 to 9 p.m. via Zoom. The event is free and open to everyone, but registration is required.

“Well before contemporary debates around identity politics, cultural appropriation, and equity, diversity and inclusivity, Atanarjuat, The Fast Runner set the terms of the discussion while laying out a vision for the future of Indigenous peoples in Canada and around the world — a vision of self-determination, however, that has yet to be fulfilled,” says Russell Kilbourn, professor and chair in the Department of English and Film Studies. “The past 20 years has seen Atanarjuat’s significance manifest in several different ways. As a story, the film continues to resonate all over the world with Indigenous and non-Indigenous audiences alike. As cultural object, the film stands as one of the most significant achievements of Indigenous self-representation. As a film, Atanarjuat represents a great work of art cinema.”

Atanarjuat won six Genie awards, including Best Picture and the Camera d'Or for best first feature film at the 2001 Cannes International Film Festival, among many other awards. In 2015, it was voted the best Canadian film of all time.

The organizers wish to thank SSHRC, the Wilfrid Laurier University Students’ Union, the Faculty of Arts and the Department of English and Film Studies for supporting this event.

For more information, contact Russell Kilbourn, professor and chair in the Department of English and Film Studies, at rkilbourn@wlu.ca.