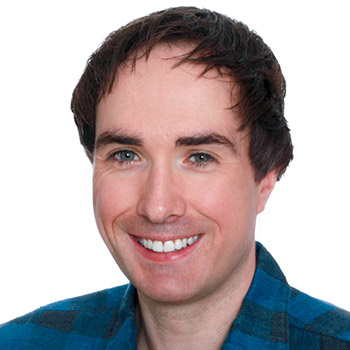 In a recent study published in Sexuality Research and Social Policy, Wilfrid Laurier University Assistant Professor Cameron McKenzie sought to answer a question of critical importance: “Where Is LGBTQ+ in Ontario’s Health Care Policies and Programs?”

Together with his Laurier colleague Maryam Khan and York University’s Nick Mulé, McKenzie evaluated the websites of the Ontario Ministry of Health and Long-Term Care and each of Ontario’s 14 Local Health Integration Networks (LHINs) and how they communicated policies affecting the specific health needs of lesbian, gay, bisexual, transgender, queer or questioning (LGBTQ+) individuals. The team compared web content from 2009 and 2017, which McKenzie says led to a disappointing conclusion.

“Despite the eight-year time period between our points of examination, we found that little, if any, progress was made by the provincial government to adequately address the health needs of LGBTQ+ populations in Ontario,” says McKenzie. “There are 14 LHINs in Ontario and just two were addressing these issues by consulting and embedding themselves within the community.”

The researchers identified the Waterloo-Wellington LHIN as one of the outliers. The team was impressed that the 2017 version of the organization’s website included a detailed report with comprehensive recommendations based on a survey of the local LGBTQ+ community in 2009. The report argued that just as factors such as class, race and education are recognized as social determinants of health, so too should sexual orientation and gender identity and expression.

"If we as social workers are really serious about social justice and health equity, we need to always embed ourselves within the community.”

McKenzie firmly agrees, yet has found that the illness-based focus of most provincial health programs and services – primarily promoting HIV/AIDS prevention – has overshadowed the diverse health inequities within LGBTQ+ communities, which include poverty, mental health challenges and lack of appropriate reproductive health care for transgender people.

“We feel that Ontario needs to develop a robust health equity strategy regarding sexual orientation and gender identity and expression based on a population-health approach,” says McKenzie. “An illness-based approach has a lot of merits, but we need to move a step forward and think about broader structural issues that are not being addressed such as universal pharma care and affordable housing.”

McKenzie has been collaborating with community partners such as the Gay Men’s Sexual Health Alliance to take the needs identified by service providers and turn them into specific policy recommendations.

“Community workers and AIDS service organizations, the people on the ground, they get it. They see these structural issues,” says McKenzie. “Sometimes, and rightly so, academics have been criticized for conducting research at a very high level that is not relevant to the community. If we as social workers are really serious about social justice and health equity, we need to always embed ourselves within the community.”