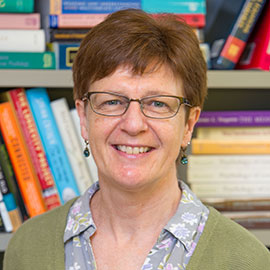 Optimal aging for women: Q and A with Laurier psychology researcher Nicola Newton

Optimal aging for women: Q and A with Laurier psychology researcher Nicola Newton

Nicola Newton is fascinated by how women age. Her interest is not simply in the mechanics of an aging body and mind, but rather the psychological and social factors that contribute to “optimal” aging.

An associate professor in Wilfrid Laurier University’s Department of Psychology, Newton’s research focuses on older women and their search for identity and purpose. One of her most recent studies explored how the circumstances of someone’s retirement affect their overall life satisfaction and well-being, while another study analyzed how factors such as ego integrity and despair affect women’s acceptance of aging.

Here Newton reflects on her recent findings and why her research is really “me-search.”

Why have you chosen women and aging as a focus for your research?

“I have always loved hearing life stories. When you meet older people, you might meet them for five or 10 minutes and get a snapshot of what their life is like then, but they have a history. They have lived a life that may have been rich and varied and has been shaped by factors like gender identity, race and socio-economic status. It’s like you see the surface of people but you don’t know what their backstory is, particularly for women. Men are interesting too, but I think there are so many roles that women can choose or that are foisted upon them across their lifespan. It all shapes the experience of their lives.”

You yourself have taken on unexpected roles during your life so far, such as a midlife transition to academia. How does that influence your work?

“I feel like I conduct ‘me-search’ rather than research. In high school, I was really interested in psychology, but I went into music instead. I became a flute player with the New Zealand Symphony Orchestra. Then I was injured in my early 40s and my identity sort of blew up. I really had to think about what was next. How could I reinvent myself? I started taking classes at the local university.

“Erik Erikson, a developmental psychologist, has a well-known theory that life progresses through age-related stages that sequentially build upon one another, but there’s a lot of research out there – mine included – that shows that you can revisit certain stages. For me, it was constructing my identity.

“According to Erikson’s theory, a personal identity forms during adolescence and early adulthood, and that’s it. But this happens to women at all stages of their lives. When you find a life partner, your identity changes to include that person. Retiring is another transition. All of these life transitions are points at which your identity gets revisited. So some of these theories have been great for us so far but need to be unpacked more to acknowledge the complexities of women’s lives.”

"We need to build new ideas of what lives look like and how they are lived."

Your recent paper found that a more complex model of female aging should include psychosocial factors as well as physical. What is an example of a psychosocial aspect of aging?

“I think we need to build new ideas of what lives look like and how they are lived. What can generativity look like in our later years? It can be grandparenting or leaving a legacy of sorts, whether it’s a legacy of wisdom and advice or a financial legacy.”

That same paper analyzed the relationship between ego integrity and despair. How do those emotions interact?

“Ego integrity means being at peace with how you’ve lived your life, warts and all. Despair is the opposite of that. Historically, academics have measured them on a continuum. In effect, they believed that having a high level of ego integrity meant that you were low in despair.

"But my colleagues and I tested whether or not ego integrity and despair are actually part of one single dimension and concluded that they are in fact two separate dimensions. We found that levels of despair were more predictive of older women’s psychological well-being than even health status or concerns about aging.”

So do we need a more nuanced approach for measuring well-being as women age?

“I would tell researchers that we need to go a little deeper and consider the complexities of people’s lives and the concepts we’re examining. If we hadn’t separated those two concepts, we wouldn’t have found that there was a relationship between ego integrity and well-being that was actually mediated by despair. Despair is where the story is rather than just thinking about ego integrity.

“We tend to focus on the positives in life and that’s all well and good, but nobody lives an untouched life. You would expect by the time that you’re in your 70s, you will have experienced things that you will regret. Women often have regrets around the big social pressures like marriage, children, education and their careers. Being able to come to terms – or not – with the life you’ve lived is really strongly related to having regrets.”

Can you please explain the concept of optimal aging?

“Women tend to live longer than men, but they live longer with more chronic diseases. The idea of ‘successful’ aging can be more prescriptive than helpful, so we talk about a concept called optimal aging. Within the constraints that you have – physical, mental, social – what is the optimal way you can age? If you have dementia, for example, you can still age well on your own terms.”

Based on your research, what advice can you share to help women age optimally?

“Much of the research points to the importance of social connections and having friends who you spend time with. As we age, our social networks become smaller but more intense. Often these are older friends and sometimes they are new friends. With years of shared experience, socializing with old friends can feel very comfortable. But new friends often don’t ask questions and will take you as you are, which can also feel comfortable. That has come out quite frequently in the interviews that I’ve conducted with older women about life after retirement. They have moved to a new community and reinvented themselves and found all of this great social support that has been really helpful for them as they age.”

Tell us about your upcoming book, Reflections from Pioneering Women in Psychology.

“My co-editor, Jamila Bookwala, and I invited some really impressive women from the field of psychology who are currently or soon to be retired to write essays reflecting on their lives and their research. We wanted to hear the stories of these older women who have achieved so much. In their essays, some of our contributors reveal failure upon failure and being met with hostility within their departments, yet we only see them as incredibly successful psychological researchers. We never imagine that they’ve experienced the things we have because we only see a snapshot. That’s why hearing women’s backstories is just fascinating.”