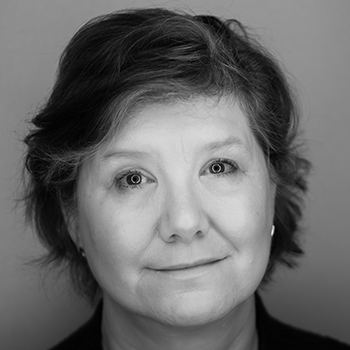 The books are designed for readers both inside and outside of the classroom to contribute to the celebration and study of some of Canada’s most well-known poets, including Canada’s parliamentary poet laureate Louise Bernice Halfe (Sky Dancer), Fred Wah, Nicole Brossard, derek beaulieu, Christopher Dewdney, Dennis Cooley, Di Brandt, Daphne Marlatt, Duncan Mercredi and Steve McCaffery. Each book offers a selection of poems from across the poet’s career, an afterword from the poet and an introduction from a prominent critic.

This year, WLU Press welcomes Tanis MacDonald, professor in the Department of English and Film Studies at Laurier, as the new general editor of the Laurier Poetry Series. MacDonald is the author of several books of poetry and essays and the scholarly monograph The Daughter’s Way: Canadian Women’s Paternal Elegies (WLU Press, 2012). Her most recent book, Mobile, was longlisted for the Toronto Book Awards. MacDonald was also the editor of Speaking of Power, a Laurier Poetry Series volume of poems by Di Brandt.

“I am happy to serve as the general editor for the Laurier Poetry Series, the development and growth of which I have followed from its early days,” says MacDonald. “As we embark on this next turn of the series, access is our watchword. In the classroom, it is my privilege to introduce a generation of students to the practice of reading poetry as a vital thread in cultural, social and political conversations, conversations that challenge ideas about Canada. For that work, I want access to as many voices, and as robust a selection of poems from those voices as I can get my hands on. I want to offer selected volumes not only by the splashiest prize winners but also by poets who have carried a full cultural backpack for decades, and to showcase new poets who have taken off like rockets.”