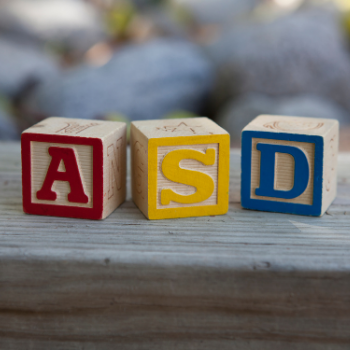 Children with autism spectrum disorder often have difficulty socializing, as they struggle to make eye contact, initiate social interactions and perceive the emotional experiences of their peers. Similarly, autistic children may experience motor impairments such as balance issues, difficulty throwing and catching, and low muscle tone. Research suggests that there is a reciprocal relationship between these social and motor deficits, in that social deficits can act as a barrier to motor skill development and vice versa.

In a first-of-its-kind study, two Wilfrid Laurier University researchers explored social and motor impairments of children with autism through the perspectives of their caregivers. Pam Bryden and Paula Fletcher, both professors in the Departments of Kinesiology and Physical Education, collaborated with Brianne Redquest, a former Laurier student who is conducting postdoctoral research at the Centre for Addictions and Mental Health in Toronto, to interview eight parents of autistic children.

“Researchers and health-care professionals need to take into consideration parents' perspectives, particularly when children are non-verbal,” says Fletcher. “In these instances, parents function as their children's voices. Given the connection parents have with their children, they are often able to explain behaviours, emotions and other cues researchers may not be able to understand.”

“Quantitative measurements can provide some insight into particular aspects of functioning, but adding the layer of parental perspectives brings a new level of understanding to research,” says Bryden.

“Given the connection parents have with their children, they are often able to explain behaviours, emotions and other cues researchers may not be able to understand.”

Their study, published in Advances in Autism, captured many useful insights from parents about their child’s ability to engage with others and in physical activity. The key findings included:

“It was interesting that parents had a greater concern for social challenges their children might exhibit, with less concern for their motor skills,” says Bryden. “I think we need to turn people’s attention to motor functioning because there is increasing evidence that motor skills are the foundation upon which we lay social and cognitive skills. By ensuring our children – all children, regardless of ability – have well-developed fundamental motor skills and complex motor skills, we are actually helping them build robust social and cognitive skills too. Parents can learn from our study that engaging in 'play' behaviours with their kids is helping them in all areas.”

“Children with disabilities should be looked at holistically, as indicated by our results,” says Fletcher. “Social functioning affects motor functioning and vice versa. Parceling out various aspects of function may not provide a clear picture of overall function, which may in turn limit quality of life.”