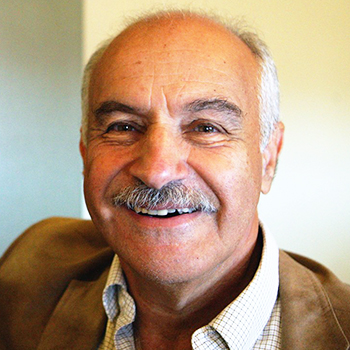 A week after the U.S. presidential election, Wilfrid Laurier University’s Department of Political Science will host its first annual Barry Kay Memorial Lecture to explore the election results from a cross-border perspective.

Debora VanNijnatten, a professor of political science and North American studies, will speak, along with Christopher Borick, a professor of political science and director of the Muhlenberg College Institute of Public Opinion in Pennsylvania. VanNijnatten and Borick will explore the impacts of the election results on relations between Congress and the White House and between federal and state governments, as well as on growing political polarization in the United States. They will also discuss the possible impacts of the election on Canadian policy priorities in the coming years.

“The Next Four Years: Perspectives on Post-Election U.S. Politics from North and South of the Border” will be held via Zoom on Nov. 13 from noon to 1:30 p.m. The event is free and open to the public, but registration is required.

“This event is an opportunity for our students and the community to reflect on the surprises in the election, the significance of the results and what this election will mean in Canada and the U.S. over the next four years,” says Andrea Brown, professor and chair in the Department of Political Science. “Having both Canadian and American perspectives will allow us to have a really interesting discussion.”

Borick is a renowned public opinion researcher who has conducted more than 300 large-scale public opinion surveys in the past two decades. He has spoken about the results of his surveys and provided political analyses for many news outlets, including the New York Times, the Wall St Journal, BBC and CNN.

VanNijnatten is an expert on Canada-U.S. relations, especially environmental and climate change policy in Canada and the U.S. and transboundary cooperation on water management.

The Barry Kay Memorial Lecture was established in honour of Kay, a professor in the Department of Political Science who passed away in December 2019 after 41 years at Laurier. Kay was a respected scholar and media commentator on politics at both the federal and provincial levels in Canada and in the United States. He authored or co-authored more than 40 academic articles and book chapters. In addition to his scholarly work, Kay wrote hundreds of newspaper opinion articles and was frequently interviewed by journalists across Canada and the U.S. Among his many activities, he was an active member of the Laurier Institute for the Study of Public Opinion and Policy (LISPOP) and developed a widely consulted seat-projection model based on electoral data and polls. Read more about Barry Kay’s legacy.