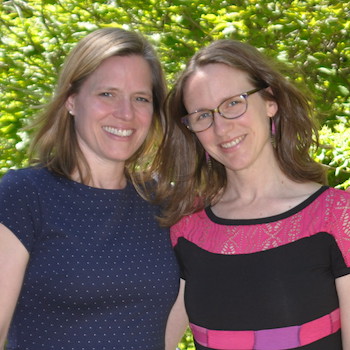 Families of the estimated 40,000 children living with autism in Ontario are under severe stress. The pressures of caring and advocating for their children, as well as obtaining and facilitating the services they need, mean parents are sacrificing jobs, sleep, leisure, social connections and physical and mental health.

These were among the conclusions of a 2019 report by Wilfrid Laurier University health researchers that is helping influence change across Ontario.

The report, Autism Services in Ontario: Impacts on Family and Child Well-Being, is based on a detailed survey of about 700 primary caregivers of one or more children living with autism spectrum disorder (ASD). The authors of the report are Associate Professor Janet McLaughlin, herself a mother of a child with autism, and Associate Professor Margaret Schneider, a former support worker to families of children with ASD.

“Many families who have children with autism are in a state of crisis due to the lack of adequate supports for their children across the domains of therapy, education and respite,” says McLaughlin. “As a society, we need to do better to ensure that these families are properly supported, both for the well-being of the children and also for the well-being of the whole family unit.”

Following the release of the report, McLaughlin was invited to serve on the Ontario Autism Panel alongside clinicians, service providers and fellow parents of children living with autism. The advisory panel met throughout summer 2019 and submitted its own report to the government in October. In December, the government announced that it plans to adopt the panel’s key recommendations for a needs-based autism program.

“I was really pleased to be able to use our research to influence public policy in this area,” says McLaughlin, whose teaching focus includes the autism concentration of Laurier’s Community Health program.

That research is still ongoing at Laurier. Together with their students, research assistants and community partners, Schneider and McLaughlin formed the Laurier Autism Research Consortium. McLaughlin is currently collaborating with an undergraduate student on a study of the challenges autistic students face in the Ontario education system.

Schneider and McLaughlin say the roadmap for best helping children with autism achieve their potential involves early diagnosis, early access to appropriate levels of therapy and adequate supports in school and other domains, such as after-school programs and respite care. This is not the reality for most families, according to their 2019 report.

The report revealed that it took surveyed families an average of two years to obtain a diagnosis. Nearly a quarter of families paid out of pocket for private assessment and, once children were diagnosed, many families also paid for private therapy due to long waiting lists for publicly funded services.

“This amounts to a two-tiered system of care in which the poor go without and the rich gain access faster and longer,” says McLaughlin. “As a result, children’s outcomes are likely correlated to families’ socioeconomic status.”

The researchers, however, found families across all income groups to be financially stretched by autism.

“Many parents quit or downgrade their jobs to care for their children,” says McLaughlin. “Other family members often work extra hours or take on weekend or evening jobs to pay for the therapies their children need. Women were far more likely to quit their jobs or work part-time while men were far more likely to work extra hours.”

“This amounts to a two-tiered system of care in which the poor go without and the rich gain access faster and longer. As a result, children’s outcomes are likely correlated to families’ socioeconomic status.”

Families are stretched in terms of time as well as money. The report found parents spend an average of 24 hours a week advocating for their children and facilitating services over and above typical parenting. And sending children to school does not necessarily mean parents are free during the day.

“Schools’ inability to accommodate the individualized needs of children with ASD within the classroom often results in these children being inappropriately restrained, segregated and unnecessarily sent home throughout the day,” says Schneider. “Parents are having to leave their jobs during their workday in order to retrieve their children from school and tend to their needs.”

These stresses result in health effects including anxiety, depression and weight gain due to lack of time to eat healthily or exercise. Families with compound challenges – such as multiple children with special needs, low socioeconomic status, single-parent households and those living in remote areas – fared even worse.

All types of families benefited when children received appropriate services. The major recommendation in the report is to provide needs-based services to all children with ASD, with no arbitrary caps or age limits. The researchers argue this would save money in the long term.

“If kids receive proper amounts of therapy at a younger age, their independence increases,” says McLaughlin. “Even for those at the more severe end of the needs spectrum, achievements like getting out of diapers and eating a diverse diet will mean they’ll cost the health-care system less over their lifetimes, while improving their quality of life.

“Also, children who have received appropriate levels of therapy tend to require less educational assistant support, so it can save money in education and improve educational outcomes.”

Investing in adequate services in the right places – such as allowing appropriate therapies to take place in schools – would also have a ripple effect on the larger economy, according to the report.

“We have nurses and teachers who are quitting their jobs to stay home with their kids, so all that training that went into those jobs is lost, productivity is lost and the tax base is lower,” says McLaughlin. “If parents were able to maintain full employment in the jobs for which they were trained, it would benefit society economically as well as in the broader sense of human capacity.”

At present, McLaughlin is concerned with how families of children with autism and other special needs will fare during the COVID-19 outbreak. She recently reflected on the struggles her own family is experiencing.

“These families were already facing stress and isolation,” says McLaughlin. “Many autistic children who rely on routines of school, therapy or other programs are now disoriented, often not understanding why they must stay home. Parents, who may have had access to school and other forms of respite, are now left without any break. Many children cannot adapt to e-learning models without intensive supports. We must consider how to ensure all families are well supported during this difficult time.”