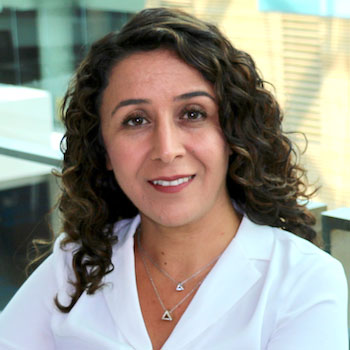 Spinout companies should be nurtured, not quashed, says Laurier researcher

Spinout companies should be nurtured, not quashed, says Laurier researcher

What do Chevrolet, Intel, and video game giant Electronic Arts have in common? They started as spinout companies – businesses that employees of another company left to start.

Parent companies tend not to like spinouts. They want their employees to stay, not compete against them. But Sepideh Yeganegi, an assistant professor at Wilfrid Laurier University’s Lazaridis School of Business and Economics, says that under the right circumstances, spinout companies can benefit the economy as a whole and even their parent companies.

What is a Spinout?

Yeganegi, like most of her colleagues in business strategy and entrepreneurship studies, differentiates between corporate spinoffs and employee spinouts. A spinoff company is one that a parent company has deliberately formed as a separate entity typically owned and controlled by the parent firm or its shareholders. A spinout is an independent business created by ex-employees, where the parent company has no ownership of the new venture.

“There is research that shows 71% of the companies listed in the Inc. 500 list of fastest-growing ventures have founders who created their product ideas while working for another company.”

Employees may start a spinout for a variety of reasons. An employee may be keen on an idea a parent company does not want to pursue because it’s risky or too different from its core business. Spinouts may stem from conflicts, whether interpersonal clashes or disagreements over decisions. In some cases, employees may start a new company simply because it’s their personal ambition.

No matter the reasons for their start, spinout companies tend to inherit intangibles from their parent companies – know-how, networks and even organizational characteristics such as stand-up meetings or a tendency to promote women.

The Advantages of Spinouts

Not only are spinouts a common form of entrepreneurship, they’re more likely than the average startup to stay in business, attract venture capital and grow.

“Most entrepreneurs come out of existing organizations,” says Yeganegi. “There is research that shows 71% of the companies listed in the Inc. 500 list of fastest-growing ventures have founders who created their product ideas while working for another company.”

Spinouts are likely to start up close to their parent company. This can lead to a regional cluster effect, where a critical mass of similar companies in one region aids in the cross-pollination of ideas and people.

“Spinouts are the main driver of the formation and growth of clusters such as Silicon Valley,” says Yeganegi.

Spinouts can also be a way for “misfit” ideas to be pursued, says Yeganegi. Since parent companies have limited resources, they tend to exploit ideas that fit with existing assets and the strategic vision of the company. This means spinouts can result in economic growth that would otherwise be missed.

Despite the overall economic benefits of spinouts, parent companies often discourage them.

“They don’t like that their employees leave, especially because those who leave to start spinouts tend to be higher-performing employees whose knowledge is crucial for the parent firm,” says Yeganegi. “The parent firms often see spinouts as plunderers of the parent’s innovations and as damaging the parent’s competitive advantage.”

To prevent spinouts, parent companies may increase the opportunity cost of leaving by offering employees generous compensation packages. They also often use legal tactics, such as making employees sign non-compete or non-disclosure agreements to restrict their employees’ mobility.

“When employees take ideas unrelated to the parent firm’s core business, they help the parent firm maintain its coherence,” says Yeganegi. “Another way spinouts can have positive effects is by signalling to the market that the parent firm is a good place to work and learn, so it’s more likely to attract high-performing talent in that area.”

“Research shows acquiring your spinouts is more likely to be a successful experience because of the knowledge, routines and networks the spinout inherits from the parent firm,” says Yeganegi. “The similarities make it easier to merge and work together.”

Even when spinouts aren’t acquired, they can become valuable suppliers or customers to the parent firm.

Encouraging the Positive Effects of Spinouts

Yeganegi’s current research focuses on factors that enable parent firms to benefit from their spinouts. She and her team argue that whether spinouts help or harm a parent company may depend in large part on the parent’s response to the spinouts – if a parent firm is hostile to its spinouts, it can damage corporate reputation and impede future knowledge spill-back.

“Litigation is a costly distraction that may negatively affect company performance,” says Yeganegi. “By being friendly toward your spinout, you may find benefits through collaboration.”

“Working for others can help you learn, build your network and build your CV, which venture capitalists pay attention to. Even if you want to become an entrepreneur, it’s better sometimes to be an employee first.”

Though she is still researching these ideas with funding from the Social Sciences and Humanities Research Council of Canada, Yeganegi does have advice for firms based on what she and other researchers have already found.

“A parent firm may be better off being supportive of spinouts and developing close relationships because sharing knowledge and networks helps companies build on each other’s outcomes,” says Yeganegi. “This is especially important in knowledge-intensive industries.”

Although she says trade secrets and other core knowledge of parent firms should be protected, Yeganegi argues policy makers should do more to encourage legitimate spinouts because of their higher likelihood of success and the economic benefits they can bring.

“For entrepreneurship students, another lesson here is that working for others can help you learn, build your network and build your CV, which venture capitalists pay attention to,” says Yeganegi. “Even if you want to become an entrepreneur, it’s better sometimes to be an employee first.”