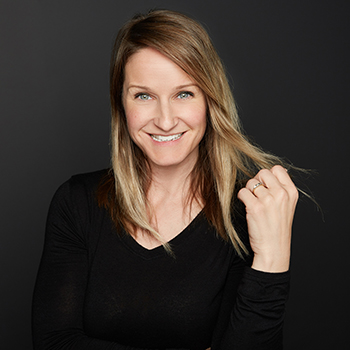 Bryan is an award-winning author working in the genres of contemporary, dystopian and young adult fiction, as well as with creative nonfiction and personal essays. Her first novel, Roost, won the Georges Bugnet Award for Fiction and was the official selection of One Book Nova Scotia. Her second novel, The Figgs, was a finalist for the Stephen Leacock Memorial Medal for Humour and has been optioned for TV by Sony Pictures. Her debut young adult novel, The Hill, was longlisted for the international 2021 Wilbur Smith Adventure Writing Prize. Her most recent work of adult fiction, The Crow Valley Karaoke Championships, will be published in spring 2023.

An important piece of the residency will be Bryan’s opportunity to connect with members of the Laurier writing community via one-on-one meetings and writing workshops. She has taught creative writing, including a “manuscript bootcamp” at the Alexandra Writers’ Centre and the Writers’ Guild of Alberta, and was Writer in Residence at the Banff Centre for the Arts in 2020.

As the Staebler Virtual Writer in Residence, Bryan will also visit classes and give guest lectures, including her first public talk at the end of January, “Only Dead Fish Swim With the Stream,” about risk-taking and advocating for your own writing. More details about this special event will be released in the coming weeks.

“I'm thrilled to serve the vibrant Laurier community as 2022 Edna Staebler Writer in Residence and look forward to all the opportunities the position will generate, including new ideas, exchanges, perspectives, connections and of course, new writing,” said Bryan.

During her winter term working with the students and faculty from Laurier’s Waterloo and Brantford campuses, between Jan. 17 and March 25, Bryan will be writing two new projects: a sequel to her award-winning first book, returning to the family from Roost 10 years later in their lives, and the second part of her feminist young adult dystopian/sci-fi trilogy.