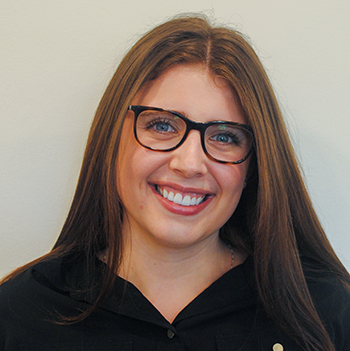 Brantford – Wilfrid Laurier University student Alexa Stucke and her brother Coleman Stucke from Northeastern University are finalists in Map the System, a global competition in which students use a “systems thinking” approach to understand and address complex social and environmental problems.

Alexa Stucke, a Human Rights and Human Diversity student at Laurier’s Brantford campus, and her brother were among four winning finalists in the Map the System Canada national competition, held on May 7, presenting about the causes and impacts of sex trafficking in Canada. The Stuckes advanced to the global Map the System event, taking place June 9 to 11.

“Coleman and I put in a lot of hours of hard work, and it was nice to see it pay off,” said Alexa Stucke. “We are also looking forward to shedding light on the complex issue of sex trafficking in Canada on a global scale because, as more people know about the issues, the harder it is for it to keep occurring.”

As part of the Map the System competition, teams are required to research the systemic reasons behind social and environmental problems and present their findings in the form of a visual systems map, as well as a written summary, bibliography and verbal presentation.

Stucke and her brother will compete against teams from post-secondary institutions around the world at the global competition. This year’s global event will be held virtually from the Skoll Centre for Social Entrepreneurship at Saïd Business School, University of Oxford, in the United Kingdom. Canadian teams from the University of Alberta, University of British Columbia and University of Waterloo will also take part.

“We are so proud of all the teams that participated this year, and especially Alexa and Coleman, for the passion and perseverance they showed toward solving the world’s problems despite the obvious pressure and stress they are all feeling at this difficult time,” said Laura Allan, assistant professor in the Lazaridis School of Business and Economics and coordinator of Laurier’s Map the System competition. “We need them now more than ever.”

This is the third year Laurier students have participated in Map the System at the national level and the first time a student from the university has advanced to the global competition. Laurier’s participation in Map the System is in connection with its Ashoka U Changemaker Campus designation, which recognizes the university’s commitment to the values and ideas of change-making to solve complex social problems.