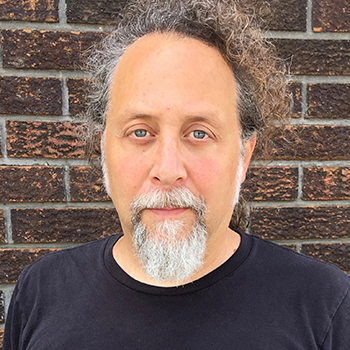 Brantford – Wilfrid Laurier University has appointed Kenneth Werbin as the acting dean of the Faculty of Liberal Arts.

Werbin currently serves as the associate dean of the Faculty of Liberal Arts, as well as an associate professor in the Digital Media and Journalism, Cultural Analysis and Social Theory, and Social Justice and Community Engagement programs. He first joined the Laurier community in 2009.

“I look forward to welcoming Dr. Werbin to his new role and am confident that his skills and expertise will continue to advance our strong community and strategic goals as an institution,” said Tony Vannelli, provost and vice-president: academic. “Dr. Werbin has proven himself to be an administrative and academic leader across the university.”

Prior to his role as associate dean of the Faculty of Liberal Arts, which began in 2017, Werbin held several other senior administrative positions. As program coordinator of the Digital Media and Journalism program from 2015 to 2018, he developed and implemented a series of curricular changes to update that program, including changes in response to the Truth and Reconciliation Commission’s Calls to Action for journalism and media schools. He also developed an agreement with Conestoga College, which allows graduates of Conestoga’s Journalism and Broadcast Television programs with a minimum grade average to transfer into Laurier’s Digital Media and Journalism program. From 2018 to 2019, Werbin served as interim vice dean of the Faculty of Liberal Arts and, more recently, he has provided crucial leadership and stability in student academic services throughout the COVID-19 pandemic.

“I care deeply about the Faculty of Liberal Arts and its students, staff, and faculty members. I’m honoured to be stewarding it through this time of transition as the acting dean,” said Werbin. “I look forward to working with my colleagues to continue to grow the innovative programming of the faculty and to support its commitment and dedication to students, excellence in teaching and research, experiential learning, and community engagement.”

Werbin is a widely recognized guest speaker and presenter, known for his expertise in digital media and culture, social media, and privacy and surveillance. His book, The List Serves: Population Control and Power, was published in 2017. Werbin’s research has been supported through grants from the Social Sciences and Humanities Research Council. A contributor to numerous internationally renowned journals including the Canadian Journal of Communication, Media, Culture and Society; the Journal of Canadian Studies; and the International Review of Information Ethics, he is also a two-time recipient of Laurier’s Merit Award in recognition of outstanding/superior performance in teaching, research or other scholarly activities.

He obtained his PhD in Communication Studies and his MA in Educational Technology from Concordia University in Montreal, and was a postdoctoral research fellow at Ryerson University in Toronto.

“We are grateful to Dr. Carter for her tremendous contributions and commitment to her role. Her time spent as acting dean will be cherished,” said Vannelli.

Werbin will serve as acting dean beginning July 1, 2021 until the dean search is completed and the candidate commences their appointment.