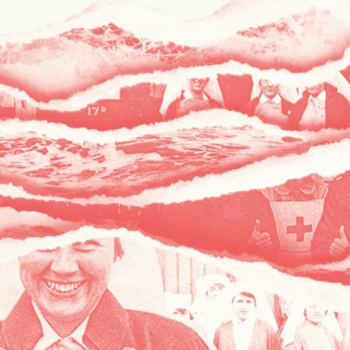 WATERLOO – Opera Laurier, based at Wilfrid Laurier University’s Faculty of Music on the Waterloo campus, is presenting The Llandovery Castle, the story of 14 nurses who died in the largest Canadian naval disaster of the First World War. The performances take place Feb. 28, 29 and March 1 in the Theatre Auditorium on Laurier’s Waterloo campus.

The full-production opera, composed by Laurier alumna Stephanie Martin (BMus ’85) and performed by Laurier students, will premiere just over 100 years after the date the Canadian hospital ship, the Llandovery Castle, was torpedoed off the coast of Ireland and sunk, killing 234.

“It’s very rewarding to take this production home to Laurier,” said Martin, who is also an associate professor of music at York University’s School of the Arts, Media, Performance and Design. “I am particularly proud that it’s my alma mater that will be instrumental in bringing to light a forgotten Canadian story of courage and kindness.”

The opera focuses on the lives of a group of Canadian nursing sisters, as they were known then, who were on their way back to Europe after taking more than 600 injured soldiers home to Canada. One nurse, Rena “Bird” McLean, struggles to prove she’s ready to return to nursing on the battlefield after her past traumatic experiences.

The Llandovery Castle ship was brightly lit and painted white with red crosses to indicate that it was a hospital and not a target. Still, it was hit by a torpedo from a German U-boat. As it was sinking, survivors were shot and lifeboats destroyed. Only 24 survived. After the war, members of the German crew were tried for their crimes at a war tribunal.

The Llandovery Castle was first performed on a smaller scale by the Toronto-based Bicycle Opera Project on June 2018, 100 years after the ship’s sinking. Two Laurier alumni, Alexandra Beley (BMus ’09, dip. Opera ’10) and Larissa Koniuk (BMus ’09), who is also the Bicycle Opera Project’s founding artistic director, performed in that workshop production.

The larger Opera Laurier production, which combines a variety of musical styles and genres, will be performed by nine singers and a chamber orchestra – all Laurier students.

“We are deeply honoured that Stephanie Martin has chosen Opera Laurier to present the world premiere of this substantial new work,” said Glen Carruthers, dean of the Faculty of Music. “Opera Laurier has had tremendous success presenting major works from the standard repertoire, as well as new and innovative works by contemporary composers. We are especially excited this year that we are not only premiering a new opera by an important composer, but that the composer is a Laurier alumna.”

The Llandovery Castle, directed by Liza Balkan and conducted by Associate Professor Kira Omelchenko, will be performed Feb. 28 and 29 at 7:30 p.m. and March 1 at 3 p.m. in the Theatre Auditorium in the John Aird Centre on Laurier’s Waterloo campus. Tickets are $20, $10 for seniors and free for students, and can be purchased online.