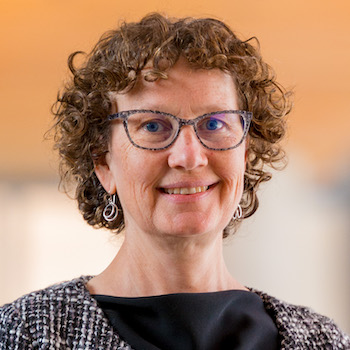 The SSHRC Impact Awards honour Canada’s top leaders, thinkers and researchers in the social sciences and humanities. The Partnership category recognizes SSHRC‑funded formal partnerships that demonstrate exceptional impact and influence. FLEdGE and Blay-Palmer are among three finalists for the award.

“Producing and distributing green, fair and healthy food for everyone is a vital goal for our planet, and Dr. Blay-Palmer and FLEdGE are helping making that vision a reality,” said Jonathan Newman, Laurier’s vice-president: research. “FLEdGE’s research and network-building achievements are well deserving of this national recognition.”

The FLEdGE partnership was established in 2015 with a SSHRC Partnership Grant of nearly $2.5 million. As a Canadian and global partnership, it has seven research nodes in Canada and leads three international working groups. With nearly 90 partner organizations and more than 130 individual participants, the partnership is committed to fostering food systems that are socially just, ecologically regenerative, economically localized and engaging for citizens.

The partnership focuses largely on supporting local food systems and their roles in community and ecological well-being. Providing resources to communities and policy makers are key components of its work – for example, it has produced a national report card on the sustainability of Canada’s food systems and supported the development of Open Food Network Canada, an online farmers' market that helps connect farmers more directly with food consumers.

Among other international work, FLEdGE is a founding participant in the City Region Food Systems research initiative with the United Nations Food and Agriculture Organization and the RUAF Foundation. The project has worked in the global South and North to conduct research and develop supportive training material for more resilient food systems.

“We build networks of people who share their knowledge about how to make healthy food more available and identify how food can be a lever for change that preserves cultural diversity and biodiversity, captures carbon, improves water quality, and helps households and communities have better access to healthy food,” said Blay-Palmer. “Giving people ways to have a positive impact for themselves and the world around them is among the most important things we can do for Canadians and the world.”

Blay-Palmer has received many awards and honours in recognition of her work. She is a member of the prestigious Royal Society of Canada College of New Scholars, Artists and Scientists and has been nominated for a UNESCO Chair in Food, Biodiversity and Sustainability Studies. Blay-Palmer is also the founding director of Laurier’s Centre for Sustainable Food Systems, which hosts FLEdGE. This is the second time a food-related partnership under her leadership has been a finalist for a SSHRC Partnership Impact Award.

Spring’s FLEdGE projects are located primarily in the Northwest Territories, where Laurier has a research partnership with the territorial government. His work focuses on supporting Indigenous communities in safeguarding and adapting traditional food systems and knowledge in the face of climate change. Spring and other FLEdGE researchers supported the creation of the Yellowknife Food Charter and NWT Food Network, and are helping the territorial government implement culturally appropriate food and agriculture strategies.

In 2018, two Laurier faculty members, Jonathan Crush and Terry Mitchell, were named finalists for SSHRC Impact Awards. The 2019 awards will be presented in Ottawa in December.