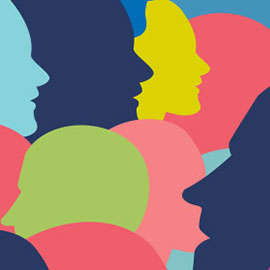 Waterloo – In introducing or discussing equity policies such as affirmative action in hiring, organizations often bring up historical injustices that have contributed to groups such as women being underrepresented in high-status positions. Counterintuitively, Wilfrid Laurier University research has found that reminding men of historic injustices against women actually makes them more likely to deny current discrimination against women, diminishing their support for contemporary equity measures. However, the researchers say it is possible to mitigate this effect – and it does not involve ignoring the past.

In their paper, “History backfires: Reminders of past injustices against women undermine support for workplace policies promoting women,” Associate Professor Ivona Hideg and Professor Anne Wilson argue that being reminded of past discrimination against women often puts men on the defensive, which makes them more likely to deny that inequities persist in the present.

“Intuitively, people may think, ‘If we want people to understand why this employment equity program is in place, we should explain it’s because of injustices that have caused some people to be discriminated against over time, which is why they’re underrepresented,’” said Wilson, a renowned social psychologist. “But in fact, when people are reminded of the severity of historical injustice, some have the reaction, ‘That wasn’t my fault. Why are you still talking about that? It happened such a long time ago.’”

“It is surprising that something we use quite frequently can actually backfire,” said Hideg, who teaches organizational behaviour and human resource management at Laurier’s Lazaridis School of Business and Economics. “We need to find more effective ways of talking about equity, because there are still severe gaps between groups. Women have made good progress in reaching mid-level management positions, but in top-level leadership and professional positions, we see significant gaps that are not closing – if anything, we see stagnation.”

Hideg and Wilson are both prominent experts in their fields. Hideg is Canada Research Chair in Organizational Leadership and currently a research fellow with the Women and Public Policy Program at Harvard Kennedy School. Wilson is a current Laurier Research Chair and was Canada Research Chair in Social Psychology from 2007 to 2017. She is also a member of the College of New Scholars, Artists and Scientists of the Royal Society of Canada and a fellow of the Canadian Institute for Advanced Research Successful Societies Program.

For their paper, which was published in the journal Organizational Behavior and Human Decision Processes, Wilson and Hideg asked participants to either read information about historical injustices against women or more general information about the same time period. They then asked them about their beliefs regarding current gender inequities and about their support for employment equity policies.

Hideg and Wilson found women’s attitudes toward employment equity policies did not change when they were reminded of past inequities. However, for some men, the information resulted in what psychologists call social identity threat.

“Part of our identity comes from the groups to which we belong, including our gender group,” said Wilson. “When people are faced with information that reflects poorly on their group, it can be threatening. Because it was typically men who perpetrated injustices against women in the past, reminders of these severe forms of injustice elicited defensiveness in men.”

The researchers did, however, find a way to mitigate the effects of social identity threat. In one experiment, participants read a passage that detailed historical injustices toward women but also emphasized the significant progress that has been made. The men who read these passages were more likely to acknowledge discrimination still exists and consequently to support employment equity measures.

“When we make men feel better about their gender group’s continued blame for these past injustices, you might think that would lead them to say, ‘Well, there’s no problem today,’” said Wilson. “In fact, we found the opposite: that’s when they were more willing to acknowledge that discrimination continues to exist. Our interpretation is that it’s because they felt less social identity threat.”

Neither researcher is recommending omitting historical context from discussion of equity, diversity and inclusion today. Rather, they say changing the way we talk about history and the current context could increase support for equity policies. The researchers predict similar principles would apply to rhetoric on and resulting attitudes about policies targeting groups other than women.

“I don’t think we can forget about the past,” said Hideg. “We can acknowledge the past and acknowledge progress while saying there is still room for improvement.”