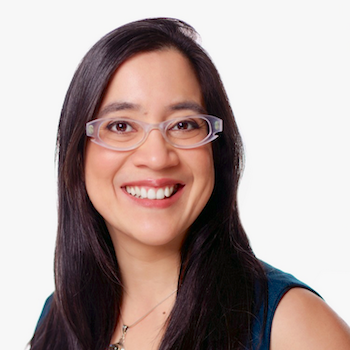 Waterloo – The International Migration Research Centre (IMRC), led by Wilfrid Laurier University faculty and headquartered at the Balsillie School of International Affairs, is celebrating its 10th anniversary with an event on Wednesday, Nov. 7, featuring a lecture by a prominent social justice lawyer, live music, art and food.

The IMRC is one of Canada’s largest migration research organizations, bringing together a critical mass of scholars who have influenced policy and practice in Canada and around the world. It has also fostered many international partnerships that have provided opportunities for researchers at all levels to learn and collaborate. Its major areas of research include migration, displacement, borders and mobility.

“Over the last 10 years, the IMRC has become an important voice locally, nationally and internationally on issues related to migration and mobility,” said Rob Gordon, Laurier’s provost and vice-president: academic. “The centre’s faculty and students have made concrete contributions to policy and debate and I look forward to seeing what they will accomplish in the future.”

Since 1990, Faraday has advocated for the rights of transnational migrant workers, writing three landmark reports on migrant worker rights. Her talk, “Fighting for Migrant Worker Rights in Polarized Times,” will focus on opportunities to change the political conversation on issues of race and migration in the year leading up to the next federal election.

The anniversary event will also showcase creative arts. One highlight will be an exhibit of The Family Portrait Project by photographer Brian Limoyo, which documents refugees newly arrived in Waterloo Region – and the loved ones they left behind.

After the keynote, the Gatako Singers will perform songs of hope and thanksgiving. Originally from the Democratic Republic of Congo, the singers are four youths from the same family who came to Canada in September 2017 after many years in a refugee camp in Burundi.

Refugee musicians Manar Naeem, an oud player and Laurier student originally from Syria, and Mubarack Mbulahinyindi, a guitarist and singer originally from Uganda, will perform at the reception.

“The arts offer powerful ways for people to connect and understand each other across cultures,” said Associate Professor Kim Rygiel, associate director of the IMRC. “My research in Europe shows that the arts can be a powerful vehicle for newcomers and longtime residents getting to know each other and understanding each other’s struggles and skills, and that when they do, communities become much more integrated.”

Though the event is free of charge and open to all, those who plan to attend are asked to register. Donations for Kitchener’s Sanctuary Refugee Health Centre will be collected on site.

The event’s schedule is as follows: