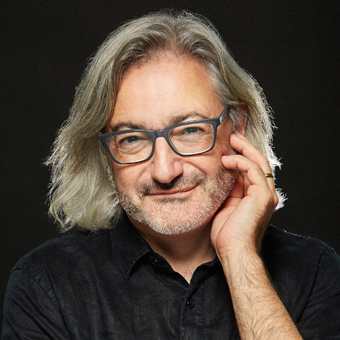 Waterloo – Wilfrid Laurier University has selected novelist and poet Gary Barwin as the Edna Staebler Writer in Residence from Jan. 14 to March 22, 2019.

Barwin is an award-winning author of 21 books of fiction and poetry. His nationally bestselling novel, Yiddish for Pirates, was a finalist for the Scotiabank Giller Prize and the Governor General’s Award for Fiction and won the Stephen Leacock Medal and the Canadian Jewish Literary Award for Fiction in 2016. He has served as the Writer in Residence at Western University and at McMaster University, where he has also taught courses in creative writing. Barwin’s next book will be New and Selected Poems to be published by Wolsak and Wynn in 2019.

“Gary Barwin is a multidisciplinary writer and will be an exciting Writer in Residence for Laurier writers who work in all genres,” said Tanis MacDonald, associate professor in Laurier’s Department of English and Film Studies and chair of the Edna Staebler Writer in Residence Committee. “His blend of humour and historical tragedy in Yiddish for Pirates made a startling and utterly unique book.”

During his winter term on Laurier’s Waterloo and Brantford campuses, Barwin will be working on his novel-in-progress, Nothing the Same, Everything Haunted. Barwin describes the new manuscript as exploring “issues of settler-colonialism, tropes of masculinity and identity, and relations between Indigenous and European peoples.” As Writer in Residence, he will also visit classes and conduct writing workshops, as well as offer one-on-one meetings with writers in the Laurier community.

MacDonald has a number of ideas for how Barwin might work with the Laurier community.

“Gary has shown a remarkable aptitude for bringing together different facets of the artistic community through his use of visual art and comedy in his writing, and he is also an accomplished musician,” said MacDonald. “I am looking forward to seeing what kinds of collaborations Gary’s residency can foster between faculties.”

Department of English and Film Studies