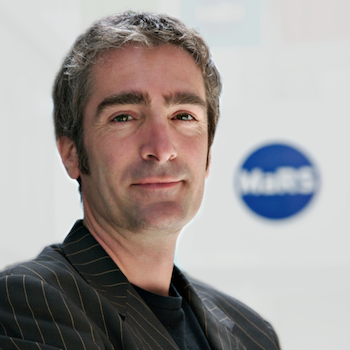 Waterloo – Canadian entrepreneur, venture capitalist, engineer and author Tom Rand believes it is possible to do something about our climate crisis – but only if we take a good, hard look at ourselves and the economic machine we’ve built. Rand will give a free public talk on the topic at Wilfrid Laurier University’s Waterloo campus on Wednesday, March 28.

Rand, who has a PhD in philosophy as well an engineering degree, is a lead advisor in cleantech for the MaRS Discovery District in Toronto and managing partner at ArcTern Ventures, a privately backed fund that invests in startups solving climate change and sustainability problems. He developed Planet Traveler, North America’s lowest-carbon hotel, in part to show that not only is it possible to dramatically cut emissions, it is possible to do it profitably.

The talk is organized by Laurier’s new student club Students for Sustainability. It is the flagship event for the club, which focuses on educating students about corporate sustainability with the aim of fostering future leaders who will prioritize the environment.

“The purpose of this talk is to get the audience thinking about the economics and politics related to climate change, the psychology behind inaction to combat climate change, and accomplishments to date by Canadian companies in the clean tech sector,” said Laurier Chemistry Professor Hind Al-Abadleh, science advisor to Students for Sustainability.

“Tom Rand represents the faith in the green movement that’s happening,” said Emily Sharma, a third-year Communication Studies student and the club’s co-vice-president of internal relations. “It’s not just going green because it’s the right thing to do, but also because it’s the smart thing to do in terms of business.”

Rand is the author of Waking the Frog: Solutions for Our Climate Change Paralysis (2014) and Kick the Fossil Fuel Habit: 10 Clean Technologies to Save Our World (2009). In his more recent book, he argues that we as a society are behaving as though paralyzed in the face of climate change. He examines the roots of our inaction, among which he identifies the conservatism of the business community, the psychology of denial, impoverished economic models and a misunderstanding of market dynamics. He also argues that we have the technology, capital and political tools to solve the climate crisis.

The talk will be held in Laurier’s Lazaridis Hall Atrium starting at 6 p.m. on March 28. There is no need to register. The event is sponsored by Laurier’s Sustainability Office, Office of the President, Office of the Vice-President Academic, and Faculty of Business and Economics. Students who would like to learn about other Students for Sustainability events, which often include corporate sustainability speakers, can sign up for the club’s newsletter at sfsustainability.com.