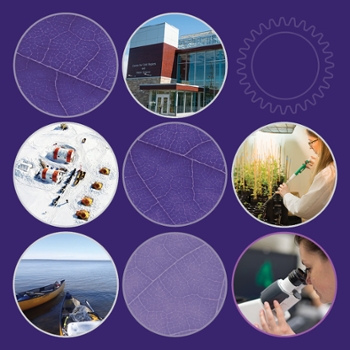 “Northwestern Canada is one of the most rapidly warming regions on Earth,” said Laurier Associate Professor Jennifer Baltzer, Canada Research Chair (CRC) in Forests and Global Change, who is co-leading the project. “Unprecedented changes in snow cover and rates of permafrost thaw are transforming ecosystems and changing the distribution and routing of water over the landscape. These changes directly affect the health, well-being, safety and livelihoods of northern communities.”

Northern Water Futures aims to take a leading role in sustainable development in the North through science-based environmental prediction models, decision support tools and mitigation strategies that will lead to prudent investment and knowledge-based community adaptation.

“Resource exploration and production in the Northwest Territories is expected to expand dramatically in the coming years, and this will include construction of new highways, pipelines and other infrastructure,” said Associate Professor William Quinton, the other principal investigator and director of Laurier’s Cold Regions Research Centre. “As a consequence, decision makers urgently require science-based predictive tools and mitigation and adaptation strategies to ensure that water remains clean, abundant and productive for all time.”

The project will make use of an existing network of 12 living laboratories and 19 supporting sites spread throughout Northwest Canada. These will be greatly enhanced during the project, with Laurier’s Changing Arctic Network (CANet), funded by the Canada Foundation for Innovation, supporting the enhancements.

Global Water Futures has announced funding for 11 initial research projects across Canada, of which Northern Water Futures is one. The Laurier-led project received $2 million in funding over the next three years and plans to reapply for additional funding that would bring the project up to seven years. The recently announced three-year funding for the 11 projects totals nearly $16.2 million.

Global Water Futures, led by the University of Saskatchewan, is the largest university-led water research program ever funded worldwide. Laurier is one of the key university partners in the $143-million program, which also includes the University of Waterloo and McMaster University. The program is funded through the Canada First Research Excellence Fund.

Northern Water Futures fits into Laurier’s longstanding partnership with the Government of the Northwest Territories (GWNT). The 10-year GNWT-Laurier Partnership, in effect from 2010 to 2020, was developed to expand the Territories’ capacity to conduct environmental research and monitoring and to train the new expertise needed to manage its natural resources for future generations.

Global Water Futures is currently seeking proposals for further projects focusing on diagnosing and predicting change in cold regions, or developing big data and decision support systems. There will be a future request for proposals focusing on First Nations water issues.