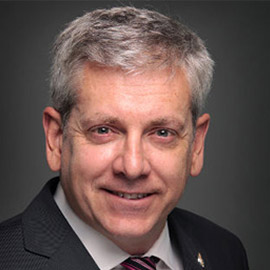 Waterloo – Charlie Angus, author and member of Parliament, will hold a reading and conversation about his award-winning book, Children of the Broken Treaty: Canada’s Lost Promise and one Girl’s Dream, on Wilfrid Laurier University’s Waterloo campus Feb. 9.

Children of the Broken Treaty (University of Regina Press, 2015) exposes a system of apartheid in Canada that led to the largest youth-driven human rights movement in the country’s history. The movement was inspired by Shannen Koostachin, a young Cree woman. Based on extensive documentation assembled from Freedom of Information requests, Angus establishes a dark, unbroken line that extends from the policies of John A. Macdonald to the government of today. He provides chilling insight into how Canada — through breaches of treaties, broken promises, and callous neglect — deliberately denied First Nations children their basic human rights.

“Charlie Angus is an important voice for Indigenous northern communities, including Attawapiskat First Nation,” said Jean Becker, senior advisor: Aboriginal Initiatives. “His book, Children of the Broken Treaty, not only chronicles one girl and one community story, it illustrates many of the issues standing in the way of reconciliation between Indigenous peoples and the rest of Canada today.”

Angus has been the MP for Timmins-James Bay since 2004. He is the national caucus chair for the New Democratic Party. Angus, who is also lead singer for the Canadian band Grievous Angels, has worked as a journalist, chimney sweep, carpenter, First Nations negotiator and dishwasher. He has been active on many social issues including the fight for equal rights for First Nations children and a national palliative care strategy. From 1995 to 2004, Angus and his wife, Brit Griffin, published HighGrader Magazine, a cultural and political journal of the north. In the 1980s, Angus and Griffin ran a Catholic Worker House for the homeless in Toronto. He is the author of seven published books.

Angus’ talk will be held Feb. 9 at 7 p.m. in the Senate and Board Chamber on Laurier’s Waterloo campus. Admission is free and open to the public. Registration is required. The event is presented by Laurier’s Office of Aboriginal Initiatives.