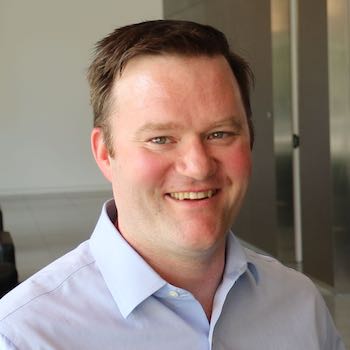 Waterloo – A Wilfrid Laurier University postdoctoral fellow who conducts research on urban food security in Africa has been named a finalist for a prestigious Social Sciences and Humanities Research Council of Canada (SSHRC) award.

Liam Riley, who is with the Balsillie School of International Affairs, is one of three national finalists for a SSHRC Impact Talent Award, worth $50,000. The Talent Award is for a doctoral student or postdoctoral researcher who has demonstrated clear potential to be a future leader within and/or outside the academic sector.

Riley is a co-investigator on a project entitled “Consuming Urban Poverty 2: Secondary Urbanization, Food Security, and Local Governance in Africa. His research has focused on the city of Mzuzu, Malawi, which has a population of less than 200,000. The project also focuses on similar-sized cities in Cameroon and Namibia. In addition, he works with Professor Jonathan Crush, Centre for International Governance Innovation (CIGI) chair in migration and development, on the international Hungry Cities Partnership research program.

“Liam is highly deserving of this prestigious award,” said Crush, who nominated Riley. “He has played a leading role in putting the issue of gender and urban food security in Africa on the international research and development policy agenda through his innovative and extremely productive research program in Malawi.”

“That’s really a credit to Laurier, because the Banting emphasizes the suitability of the candidate to the institution and the work the institution has done to demonstrate it will be fostering my career,” said Riley.

One of Riley’s first published articles was named paper of the year by African Geographical Review. A more recent article was listed as one of the “editor’s choice” articles for 2016 by Gender, Place and Culture: A Journal of Feminist Geography.

Much of the urbanization ongoing in Africa is occurring in smaller centres that haven’t received much academic or policy attention, said Riley. These cities are experiencing changes such as the arrival of multinational supermarket chains and the rise of informal settlements (slums). However, they retain more rural links than larger cities do. On a recent visit, Mzuzu’s enduring rural linkages were visible even in the centre of the city.

“Right in front of the national reserve bank, there were cows grazing on the side of the road.”

These differences can make for food security issues that are different from those in larger cities. For instance, some low-income people may have a plot of land or strong ties to a nearby village and may therefore be food secure – while their neighbours might not be.

If he wins the Impact Award, Riley would like to spend part of the money on convening a meeting in Malawi to talk about urban food security with community activists, city councillors and bureaucrats.

“I’m always reluctant to come in with a policy solution,” said Riley. “I think it should come from a discussion that’s maybe facilitated by us or resourced by us, but developed locally.”

Riley would also like to bring people together in Waterloo to talk about urban food security from a gender perspective. Regardless of whether he is selected as the winner, Riley said he’s delighted to have been named a finalist and to have been invited to the awards ceremony Sept. 15 at Rideau Hall in Ottawa.

“There are so many ways people can have impact so I was excited to see they’re interested in the type of research I do.”